I wanted to do a post-mortem on this project. For the last month I've been interviewing startup founders in premium Zoom chats called Meet Your Heroes. I had a bit of an existential crisis recently and I realised I wanted to talk to some of my favourite founders before I kick the bucket (Corona effect).

I'd like to sincerely thank everyone who bought a ticket and took part in this fun experiment! It has been fun to get to know some of you a little better. I'm also very thankful for Ben, Daniel, Anne-Laure and Scott for agreeing to take part. All four talks have been really interesting and have allowed me the priviledge of asking loads of questions that I've had for a long time.  They are available to watch back on Gumroad for $10.

I should emphasise I had a fantastic Zoom chat last night with Scott Keyes, the founder of Scott's Cheap Flights. It was great to do a bucket list item and talk to one of my favourite founders and ask him loads of questions about his business. Even the most thorough business podcasts don't have time to cover everything and I had loads of questions which Scott was happy to answer. You can tell he really enjoys the cheap flights business he has built up.

It was especially good as he isn't a 'born to do it' entrepreneur. He sort of fell into making a business while working as a journalist. As such he offers a fresh perspective and offered some great pieces of advice for me in terms of looking at business from a more detached, rational viewpoint.

Talks are hard work (for me, at least)

That said, I did find doing the talks very draining. During the actual talks I enjoyed myself and felt totally fine. But afterwards I just felt exhausted! I didn't have energy to do any other tasks or talk to people. I just tried to unwind. So for whatever reason, I don't think it suits me long-term to do this type of work. It's one thing to jump on call and talk to someone but if you are also conscious of the time, of asking good questions and of there being an audience then it takes more of you.

Not solving a big enough problem

Although I really want to talk to founders and ask them questions it seems lots of people are happy to sit back and listen to a podcast. This isn't a criticism - it takes work to formulate a question and maybe some people are shy as well. It's a lot easier to listen to a podcast host ask questions than do it yourself. So although I was really excited to ask founders questions, others were not.

There was also the fact that apart from Scott, the other three founders I interviewed are very active and easy to speak to on Twitter. An early piece of feedback was "Oh, I can just ask Ben Tossell a question on Makerpad". So that means people aren't going to pay. I had also overvalued the concept of talking to founders on Zoom. I wanted to have more of a human connection with people whereas for most people it seems sending a DM or email is totally fine and they don't feel the need to actually speak to someone.

Timezones were a complication

This isn't the main issue but a lesser problem was that as the Zoom calls were live events some people couldn't make it on time. I assumed that with working from home people would be able to dip into a chat but that seemed to not be the case. I was keen to stress that events would be recorded but I suppose if the main appeal was getting to ask a question, then if you can't attend at the time it means it's a deal-breaker.

The idea was hard to explain

Selling something new is always going to be hard. It's not like I'm selling an ebook, for example. I thought it was an easy concept - it's a Zoom interview with a Q& A at the end but I had a lot of people ask me questions. I tweaked the event page to reflect this but I suppose as well people scan things. If it's not immediately obvious what it is that you are selling and where the value is, people will switch off.

I realised a little to late that if indeed lots of people had bought tickets then the value for each person would decrease. It would mean each person had less time to ask a question. So actually selling more tickets would make for a worse experience for the customer. Not good!

As only a few people showed up in person each time there was always enough time for them to ask their question. But I could see it being a problem if the events had been bigger.

Yes, I had a good launch on Product Hunt. But honestly, at this stage a lot of that is friends of mien supporting me. I would get lots of people say "great idea!" and then I'd ask them if they had bought a ticket and they wouldn't reply, haha. So take what people say with a pinch of salt. The proof is when someone will pay for it.

I wanted to make it a premium product and I had initially thought this would be a runaway success! I priced it at $30 for the four talks  but got no sales - so I made a limited number of sales at $10 and that got things moving! But that was a lot lower than what I wanted obviously. After those pre-orders sold out I returned the price to $30 and sold a few.

I probably would have made more money if I had just kept the price at $10. At the time I was worred about too many people joining the chats and it being a worse experience for attendees. In hindsight as many people were simply watching back later on instead of joining live, it would have been smarter to swallow my pride and price it at $10 even though I thought it was worth more.

If you want to make God laugh, tell him your plans. I honestly thought this was going to make thousands, lol.

Despite it being a financial failure I hit my goal of speaking directly to some of my favourite founders. It was especially great to talk to Scott Keyes as he is one of my biggest inspirations due to his non-business background. He is also a very cool guy. I was able to spend an hour talking in great detail with someone I'm a huge fan of and that's not something most people can say.

Maybe a Taylor Swift fan gets an autograph. Maybe you get a picture taken with Kanye West. But most people don't get to have an hour-long conversation with one of their heroes.

I've been working on losing any remaining fear of rejection recently - the idea being that the more I go for rejection, actually the more success I will have. I recently asked someone to include my job board for self-taught developers to be included 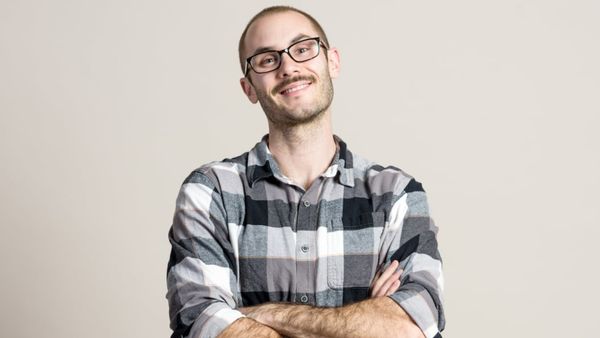 Scott Keyes is one of the best example of an indiehacker. His cheap flights newsletter draws in millions of dollars each year and he doesn't have a board of directors