Far from the polished success the company is now, Airbnb started off with very humble ambitions and nothing like a masterplan for world domination. I've recently been re-reading an excellent book on the rise of Airbnb - The Airbnb Story: How Three Ordinary Guys Disrupted an Industry, Made Billions . . . and Created Plenty of Controversy and there is a lot here that entrepreneurs can learn from.

They started by solving a problem

In essence, this is what every entrepreneur should start with. But lots of people don't, especially programmers who make something technically brilliant but which no-one has a need for. The problem in this case was there was a design conference in San Francisco and hotels were at capacity. Brian Chesky and Joe Gebbia, two of the three founders of Airbnb had just rented an apartment together in SF and need to pay the rent. They figured they could charge people to stay on air beds in their apartment! They made a bare bones website and managed to book their first guests.

Walk before you can run

Although nowadays the company has a sophisticated payment program in place, in the very beginning the website didn't even take payments! The guests just gave the hosts cash at the start. You could even pay by cheque for the first while! Once they got their third co-founder, a Software Engineer, they were able to build a payment system but that didn't stop them launching in the beginning. They only realised they needed to change the system with the CEO stayed as a guest somewhere and realised he had arrived without any means to pay.

So you don't have to make fully-fledged website straight away. You can use no-code tools like Carrd or Sheet2Site. You can take payments on Stripe without writing any code with Checkout Page. You can make a blog like this one with Ghost.

Your name doesn't have to be perfect

Airbnb is a great brand name but did you know they started the company out as Air Bed and Breakfast ? Not so catchy! But it was enough in the beginning and once they had some traction they were able to make their brand better by improving the name. The same goes for Facebook, which was famously The Facebook initially.

They had very small ambitions

Initially they were just trying to pay their rent. Once they had done that they pitched their company as merely an option for the conference market. Essentially they were going to continue with solving the original problem of low hotel capacity during busy conferences. They didn't have any plans for expanding into the vacation sector, let alone expand into foreign markets.

After a while a host asked if they could rent out their entire apartment. In the early days it was only possible to let out a room. The founders weren't sure. How would the host make their guest breakfast if they weren't there? 😂

Luckily they saw sense and let people rent out their whole apartment. That would change the company's offering massively and they began to see their market could be far larger than the one they originally envisaged.

They were scrappy as hell

In order to fund their company, the Airbnb founders had this idea to make novelty cereal boxes during the 2008 US Presidential election between Barack Obama and Jon McCain. They went around supermarkets finding the cheapest cereal they could find and then put this in tailor-made boxes they designed. The cereal boxes were sold for $40 each and were marketed as election souvenirs. Amazingly, people actually bought them and the company was able to stay afloat.

Lots of investors turned them down

When they first pitched their idea for Airbnb they were often laughed out the room. One investor simply left the pitch half way through. A lot of investors just didn't have the vision that the founders had. Paul Graham only accepted them into Y Combinator after they told them they had stayed solvent by selling the novelty cereal boxes.

The CEO had no business training and big gaps in knowledge

Brian Chesky, who remains CEO, apparently didn't know what an Angel investor was. He thought it was an investor that perhaps believed in angels. This is someone who is now a billionare! He had a degree in Design but no business experience and he simply had to learn how to run a business. You can tell this is someone with a growth mindset who realised they could grow their expertise on the job.

I hope this shows that you don't need to be perfect or a 'born entrepreneur' to start a successfull company. If they founders were able to make a billion dollar company despite all the points I've mentioned I think most of us can make a decent living online!

Today's post about a maker, Andrey Azimov from Ukraine who just made over $10k in one month! His project, Sheet2Site allows anyone to make a website using a simply Google 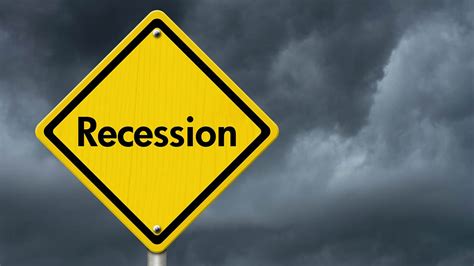 It's likely that there will be a recession this year due to the Corona virus. So why not be independent and start your own business? (I live-streamed this if you