That thing you hate on your to do list? Yep, that's what you do first! I've re-discovered a great trick for productivity this week. I wanted to share it with you. We all have items on our to do lists which have been there since forever and never get done. They just keep on getting pushed down the list of your priorities. But you know that thing that you can't bare doing? Do it first!

When I worked in Australia I had a manager who told me this trick. There was some task that I had to complete and I think I left it to 3pm before starting it. I ended up having to work late to get it done. So he just told me to start my day with the toughest task. It means it's out of the way and chances are it is a task which may take longer than you thought so don't wait until the late afternoon to start it. I recently thanked my former manager on LinkedIn for teaching me this.

Here are some examples of me learning this lesson and implementing it from the past couple of weeks!

Writing interview questions for someone with 3.5m followers 😱

I was delighted when Noah Everett, the founder of TwitPic, agreed to do an interview for No CS Degree. The only problem? I was pretty nervious as he has a whopping 3.5 million followers. I put it off for ages and then yesterday I just realised I had to start! I did lots of research as I wanted to get the details right and to make it worth his time.

I sent him the interview questions and he replied saying he'd complete them ASAP which is great! I even sent him a postcard from Edinburgh as I knew he'd been visiting my city recently. In the end he got back to me quickly and the result was a nice interview (and some more followers on Twitter). 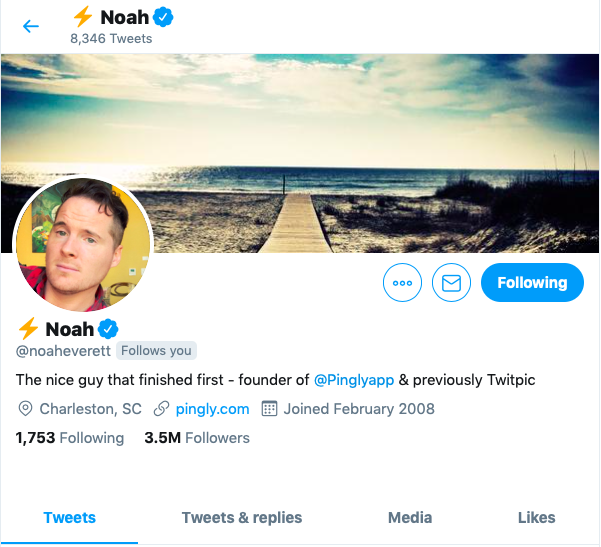 I recently had to call the HMRC in the UK to clear up some tax stuff. I was dreading it as I really dislike bureaucracy but the person was really helpful and we got it all sorted over the phone! It's something I had put off for absolutely ages but I did it first thing in the morning and boom! It was done.

I have an affiliate link with Triplebyte whereby I get a percentage of a Software Engineer's first year salary if they land a job with a tech firm after doing a questionnaire. It's good because it means developers just have to pass a test on their actual skills rather than having a Computer Science degree from some university. There is an obvious overlap in my audience and Triplebyte and they actually reached out to me to ask if we could collaborate.

Now, every link until recently had an image of the Triplebyte logo but importantly, this wasn't a clickable link. It was just an image. I needed to change that but I've published over 40 interviews. So I had to go through every article and change it manually. Not much fun but worth doing if it means getting paid! Here's an example!

What tasks do you have on your list that you really don't want to do? Maybe it's going to the dentist or changing bank account. Whatever it is, get it done first so it's finally out the way and you can move on to the fun stuff in your day! Now I'm done with these tasks I can spend more time doing things like interview developers without CS degrees 😀